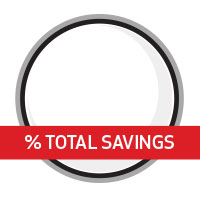 The performance of EndoTherm was trialled by Rhondda Cynon Taf County Borough
Council (RCTCBC) at their office building, Rock Grounds.

The office building is heated by a 110kW Broag 110 boiler using radiators.

A direct comparison of the usage from half hourly AMR (actual meter readings) was taken by the energy management team at RCTCBC and compensated with data from Cardiff Airport weather station
(baseload 15.5°C).

Two litres of EndoTherm was installed during the summer of 2016 but the trial did not begin until the systems were turned back on at the start of October 2016.

Usage was very similar despite November/December 2015 being the warmest on record at almost 4°C
above historical average.